The businesses I’ve been involved with each had many turning points, but one I remember clearly was with the IT service business (Invizage Technology).  At one point, we had a small team and seemed to be getting busier and busier. In fact, it seemed that we needed to hire more staff to fill demand. And yet at the same time, our profits were shrinking to nothing – which of course meant we couldn’t increase the team size.

Initially, it was hard to see where the problem was… But on closer inspection, it turned out that as we’d added more people to the team, we had become less and less efficient. 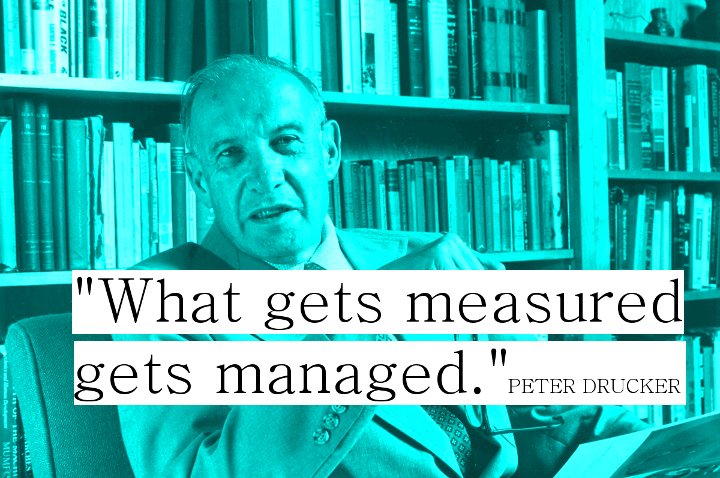 We provided onsite computer support services and although our engineers were seemingly “busy” all day, when we took the time to actually investigat, they were regularly billing only a handful of hours per day.  Starting to measure this metric – “billed hours” – made all the difference.

At first we used it to figure out where the problem lay (of course we looked at other metrics as well, but this one was the culprit). Once we had it figured out, we discussed the problem with staff in a team meeting and explained that we’d be reporting on the billed hours each week, on both an individual and team level.

What Happened when we Started Measuring

Over the course of the next few weeks, performance started to slowly turn around. Customer service staff worked harder to schedule jobs to minimise driving and traffic time, engineers were coached in how and why to bill properly for their time, and an element of individual laziness was reduced (instead of finishing up at 3pm because “by the time they got to the next job it would be knock off time…”, engineers would call to see if there was another job nearby). Over time, these changes amounted to significant improvements.

It’s important to note that initially, we simply measured and reported on the engineers’ billed hours. We did not link these results to remuneration or incentives, but simply made their results on this metric transparent.  It showed me how powerful recognition is, and also the importance of properly communicating what’s important to your business.

As you would expect, these reports did have an impact on company culture.  We had always been focussed on building a fun culture, but we had perhaps swung too far on that side and so making the culture more performance based was a good thing for the business.  Sure, it did expose some weaker employees, but it also meant the good workers felt better about themselves as they were now getting the recognition they deserved.

At WOMO (the business reviews website I founded and ran for 9 years), we spent the first few years building up a bank of reviews, growing our traffic, and building our memberbase – so we were very community focussed, and not at all sales focussed. And so later, when we did have a package to sell to businesses, we initially had to work very hard to get traction with our fledgling sales team.

Realising that measurements were important, we began by measuring the number of calls made per hour (calls rate). We later changed this to measure the amount of time spent on the phone per hour (% talk time), and then later focussed on the number of new signups.  But each of these measures was flawed.  By just measuring new sales, we had inadvertently encouraged our sales team to push customers too hard without fully qualifying or explaining how to get value from the program, which of course led to some significant churn.

Finally, we came up with the right metric which was the NET new signups for each salesperson – the new sales, less any cancellations.  We actually implemented this on an individual level, and also a team level – and that number became one that the whole team knew and was highly focussed on each month. Once we did this, the sales team worked together more effectively, managed their own time most effectively, chased the business for which our program would be most effective for (rather than the ones easiest to sell to), and helped businesses extract the most value from the service.  Our results improved dramatically.  Plus, we had happier clients!

Find the One Most Important Metric for Your Business

These are just two examples but during my consulting years, I saw many more where the power of coming up with the right measurement had an enormous impact.  Think about your business objectives – what area do you struggle most with?  If debt collection is not an issue for you then don’t worry about tracking it too closely. On the other hand, if you’re profitable but cash flow is limiting you, then debt collection (or some other metric to measure your liquidity) needs to be tracked closely.

Once you’ve determined the right metric, figure out the right way to represent the metric and also, the right timeframe. Is a daily percentage figure displayed on an internal monitor best? A weekly graph emailed to the team? A chart showing how you’re tracking towards your monthly goal?

A business blog focussed on action

How to Prioritise Your Projects

How do you make important business decisions?

How to Create a Target Market Avatar (free Worksheet)